Nearly 20,000 future doctors will graduate from U.S. medical school this spring and embark on the residency training that launches their careers. Right now, they’re choosing the hospitals and health systems where they’d most like to train.

But a new study suggests that their mental health in the crucial first year of training, called internship, may depend a lot on the nature of the program they enter.

Writing in the journal Academic Medicine, a team from the University of Michigan and Medical University of South Carolina report that medical interns were more likely to suffer from depression at certain programs compared with others.

The researchers documented the effect across several years’ worth of year-long surveys of 1,276 interns in 54 programs across the country, who were taking part in the larger effort known as the Intern Health Study.

Internal medicine residency programs whose trainees reported the longest working hours, the least helpful feedback from faculty, and the least valuable inpatient training rotation experiences had the highest rates of depression symptoms among their trainees. So do programs that produce doctors who tend to go on to research-focused careers, the ranking by Doximity shows.

Depression symptoms rose across the intern years, as measured on a standard survey that each intern took before their intern year began, and four times during the year. A composite “depression score” rose on average from 2.3 to 5.9.

Even when the researchers accounted for factors about the interns themselves that might have made them more prone to depression — such as a history of past depression, childhood stress, a tendency toward neurotic behavior or female gender — the four residency program factors still stood out as making a difference in their likelihood to develop depressive symptoms during their intern year.

In total, the four factors accounted for nearly half of the variation among internship programs in the change in depression symptoms experienced by all the participating interns. Poor timeliness and appropriateness of faculty feedback stood out as the most important factor, suggesting that efforts to improve the teaching skills of the physicians who supervise and mentor interns could affect interns’ mental health.

WHAT ELSE YOU SHOULD KNOW

The researchers found no differences between the baseline depression-prone characteristics of interns who chose research-focused residency training sites.

Rather, they say, the research ranking may be a marker of residency program culture, and of the complexity of the patients that interns care for at research-intensive institutions compared with hospitals that don’t train as many future researchers. More study is needed, they say.

A 2018 Loyola Medicine study demonstrated that an educational curriculum for physicians in training improves their emotional intelligence, which may help protect against burnout. 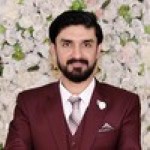